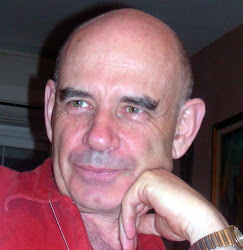 Shlomo Bentin died in a traffic accident on July 13th 2012. Shlomo was an amazing man and had a great impact not only on psychological and brain science but also directly on the lives of so many people. He had a unique passion for life and for scientific discovery. He was a strong man with a soft heart and his exuberant presence was always felt and admired.

This blog is a place where people can share their experiences and memories of Shlomo. He was an extremely lively man who cherished his family, friends, work and academic accomplishments and we hope this blog will help to celebrate his life as he always did. To contribute, please send your text to Ani Flevaris and Ayelet Landau directly or at remembering.shlomo[at] gmail.com

Eulogy for Shlomo
Leon Deouell
(read at the memorial at UC Berkeley, dept. of psychology)

Shlomo was my mentor, my PhD advisor, and then my friend and collaborator for many years, and it is beyond words to express how he influenced my life, as he did to so many others. It is easy to find out what a great scientist he was – just go to Pubmed or  Google scholar. But those of us who had the privilege of knowing Shlomo in person, especially to be mentored by him, know how special he was.
Shlomo was the ultimate mentor, and once you got under his mentorship, he watched after you for the rest of your life. The word that kept coming up in the last few days from past and present students, and which echoes exactly the way I feel, was how empowering he was. He was involved in every detail of the work of his students, sending emails at 4 am, and then calling at 7:30 am to see what we think of his comments. Yet he also gave so much space, nurtured the talents and creativity of his students, and had this way of treating everyone, from undergrad RA to post-docs to colleagues, as his equal. He behaved as if he is the one learning from us, rather than vice versa. And by this process of empowering,  he managed to raise generation after generation of scholars, who now fill the ranks of university professors around the globe – from China to Canada, USA, France and England, not to speak of Israel.
Shlomo was a man with no masks. You knew exactly how he felt about everything. He was emotional , because he cared so much, cared for people and for the truth. And lo, was he willing to fight for a cause.  A brave field-commander leading his troops in the real battlefields, an activist in politics fighting for peace, or fighting over theories in science. The amazing thing though was that somehow those who were his strongest opponents in science, became his best friends. Bruno Rossion wrote to me  yesterday: "As you know, Shlomo and I have had many disagreements on the functional interpretation of the N170, especially at the beginning of my career. But he showed an open mindedness that I would have never expected from such an important and established scientist, and he taught me a lesson for the rest of my career. The turning point was when he invited me in Israel in 2006 to discuss our respective work for a week. This remains one of the most cherished moment of my career". I think this could happen because sooner or later it was clear that Shlomo did it out of love – love for science, love of the truth.
His passion for science was contagious. He would storm into my office thrilled with every new idea like it was his first, his imagination rushing on with every piece of data, excited and proud with his 150-something paper accepted, as you were excited with your first paper published, and frustrated with any stupid reviewer comment as if his career depended on it.  In our last exchange in skype, just hours before the accident, he told me of his plans for the next few months, and it was dazzling. His productivity was legendary, and I am sorry he never shared the details of his most important discovery – how to have more than 24 hours a day.  This passion for discovery, and for the life of a scientist, were and will always be an inspiration for all of us.
Of course, Shlomo was also passionate about everything else he did.  I hope some of you were lucky enough to indulge on his cooking. I had the opportunity to watch him and Miri dance in gala dinners and family occasions, and they were  pros at this too. But he was most passionate about his family. Shlomo was involved deeply in their lives, and we kept hearing in the lab the stories and praise of Miri, of his children Shai, Einat, and Ayala, then of their spouses, and then the grandchildren. He was so proud of them.
Only 3 months ago we had a party at my place honoring  Shlomo  when he got the Israel prize for science. Literally dozens of students and alumni of the lab were there, and some sent their digital greetings from abroad, we had a great time, and we had the opportunity to embarrass Shlomo and say all this praise to him in person.  It is just heartbreaking that we lost him so soon after.

Posted by Ayelet Landau at 9:49 AM